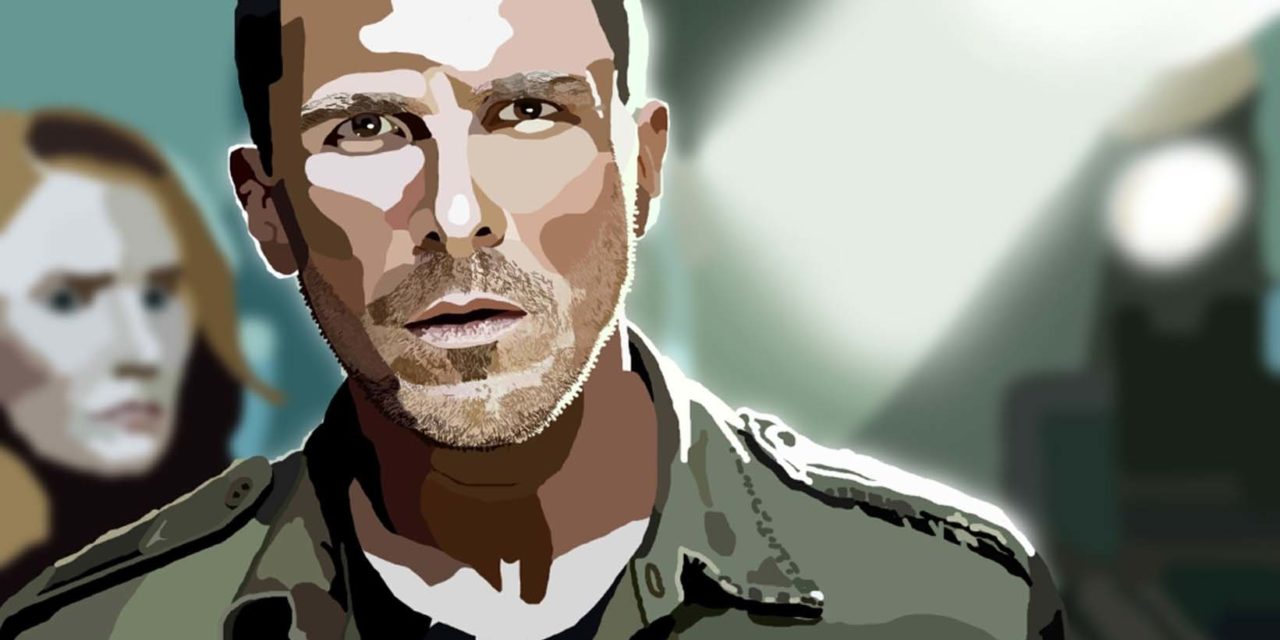 “The ‘skin’ as you refer to it, is made of biomimetic regenerative polymers that are photoreactive. They simulate what would be considered nerve regeneration on a synthetic level. Which means my exoskeleton can heal itself when exposed to sunlight.” ROGER offered. I stared completely amazed.

“What I grafted onto Sarah’s arm is a similar material.” he continued, “I was surprised her body accepted it so easily — surprised and extremely pleased.”

A knock at the door cut him off as Sarah entered the makeshift gym. A room in the shelter had been converted into a training facility complete with weights, boxing bags and mock enemies.

“I figured I’d find you here.” she said smoothly. I nodded as she went on, “How’s about a little weapons training? We could go play in the sand!”

I was unable to contain my excitement when I heard the words.

I brushed the hair from my eyes and smirked, “Only if you think you’re up for it.”

It had taken her the past two months to recover from her injuries and I was proud to say I had helped. We became very close in that time, but seeing her stand in the door frame made my knees weak. Her long hair flowed into crimson ringlets and her skin was creamy white, but she still had the unseasoned appearance of a newborn colt.

She had been unable to use the weapon we fashioned to her arm this entire time; these would be her first exercises with the device. I cobbled a few dummies for target practice out in the wastelands and led her to the top of a small foothill.

“This should be a good place to practice, away from risk of damaging the shelter and high enough to see enemies approaching. Now, remember what ROGER taught you…”

She was knocked to the ground before I could finish.

“That was incredible!” The words flew out of her mouth. “It was like, it was like I was holding electricity, like lightening coursed through the veins in my arms and exploded from the tips of my fingers! Wow! Wow! Wow!” She smiled wickedly and her eyes glowed, she had this wild look about her. She stared at the thing. There was the slightest hint of burning in the air, and I could see her squaring up her shoulders for a second attempt.

This time I had the opportunity to watch the weapon as it charged the particles in the atmosphere and they collected in the chamber. The air seemed to whistle slightly as pure energy erupted from the muzzle and crackled toward one of the targets — just missing it.

She continued like that for the rest of the day. As the sun fell below the mountains we sat atop the small hillside and stared blankly at the arid landscape. After an exhausting pause she broke the silence,

“Do you ever question your purpose?”

I took in the question and seriously considered it. “I’d have to say…that I do…with every chance I get. How I got here, how my family survived, what I’m supposed to do now. It keeps replaying in my mind.”

She accepted my statement and stared longways at the expanse of desert, then commented, “The world is very different from the one I grew up in. The roads were green and lush, the trees hadn’t been choked by poisonous gasses. The water was safe to drink and the animals roamed free. Now, it’s a barren wasteland where years of changing weather patterns and toxic vapors have suffocated the environment. There is nothing here but death.”

She followed me back down to the foot of the dune. I contemplated her world for a moment and how beautifully she had described it. The only green I can remember seeing was among the sagebrush and wildflowers that had adapted to the warmer climates and dry air, which made up most of the Earth now. I imagined vehicles zooming by hovering a few inches above the ground and people moving hastily through their busy lives. I couldn’t imagine what life was like for her; having to accept that she was a clone of another human being. Almost like a counterfeit life. What was that like? Did she remember her old life? But she was strong and resilient. She was already very different than when we first found her. She had a self-possessed air about her, an otherworldly quality that separated her from us, as if she had aged every one of her three hundred years in a few weeks.

We headed back to the shelter as the sun slowly crept into the distance.

“I’m really glad you came out here with me, Jake. It’s good to have someone to talk to. Sometimes I feel like I’ve known you my whole life.” She said.

I wasn’t sure what to say, so I just stood silently. I wanted to touch her, I wanted to fold her into my arms and hold her, but I just stood there, dumbly. She looked at me and smiled awkwardly. Then she reached up with her good arm and slung it around my neck and grasped me tightly. I threw one arm around her and we just held each other in a tight embrace for what seemed like too long, but yet not long enough. She smelled like sweat and burning hair. It was sickly sweet and I loved it. We made our way down the long corridor, down the long hallways and into the chamber entrance. I didn’t say another word.

“How did your first trials with the alien device turn out, Sarah?” ROGER asked.

“They were exhilarating, doctor.” Sarah stated, “At first, I was completely thrown back by the power of the weapon, but I regained my footing and stood firmly like you suggested and everything went perfectly.”

She continued talking and I thought about what had just happened. Her skin was so warm and smooth. I was filled with excitement. And just a little bewildered. A few moments later I realized I had wandered off, lost in my own thoughts. I watched the other men and women sitting around talking and laughing, their voices muted by the sound of my own mind. It almost seemed as if the world would be just fine, or at least, I hoped it would be. Before, I was fueled by revenge, but now I found a reason to live and create a better world for us all.

After that moment, I ceased to lead her and she began leading me, leading us all, really. In training she outran, outmaneuvered and outsmarted the rest of us time and again. She progressed at a staggering rate. Often, I would see her with one of the other men and I was jealous, but there was an unspoken bond between us. I couldn’t allow my petty jealousy and insecurities get in the way of our goal. We were a team. My headaches had ceased almost entirely and I was more agile than I had ever been. Then there was John, who had been training his own elite group. We had broken off into troops. Sarah and I had our own and Po, Rensa, Dade and John had theirs. John’s team was the cream of the crop. He had been a part of the same project as Sarah and was a clone as well. His real life had been a military one and he had an advantage.

According to John, he had been a specialist in weaponry and molded his unit from the training he received. He handpicked them from a screening process that involved rigorous physical activities. Each of the men and women in his troop had to be able to perform 50 sit-ups in 2 minutes, 50 push-ups in 2 minutes, 6 pull-ups and then run one and half miles in under 12 minutes. It was exhaustive but got results. It ensured that his group would be the best fighting force imaginable. They trained day and night and designed most of the weapons that were used in the training for the rest of the troops. John would take his troop out on reconnaissance missions in the dead of night and bring back information on the whereabouts of the aliens and their developing gardens. We had strengthened our army and were preparing for battle.

The building swelled with the moving of a thousand men and women all going about their daily routines harvesting, eating, drinking, moving and manufacturing the weapons of war. So much noise, it was hard to find a quiet spot. I spent my days training with my troops, teaching them the art of unarmed hand to hand combat, guiding them in the mastery of swordplay. My nights were a journey of self discovery. I was not a religious man and had no reason to be one. No single catalyzing event had taken place in my life to make me believe that a divine creator had laid hands on this world and, after molding it, deemed it fit for destruction. The very fact that these creatures had come to this world and begun systematically eradicating us from it removed any spiritual understanding I might have had.

Po came to me in the night and sat next to me while I lay in my bunk. I sat up and addressed him.

“Jake, the men are ready and John has asked me to come to you and determine if the rest of the troops are prepared.”

He looked exhausted, his eyes were heavy and filled with pain. Fear suddenly enveloped me in a cold sweat. Taking on the beasts myself was no difficult task, I would do it gladly. Asking thousands of men to offer their lives to this cause was another matter entirely. And I could tell that it weighed heavily on his heart too. Could we not just go on training forever? Preparing for a battle that would never come? Every military leader who spent an ounce of time with his soldiers has faced this moment, and each I’m sure, with no less heavy a heart than now. 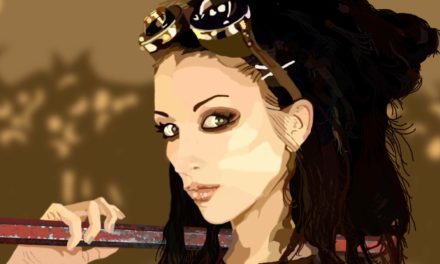 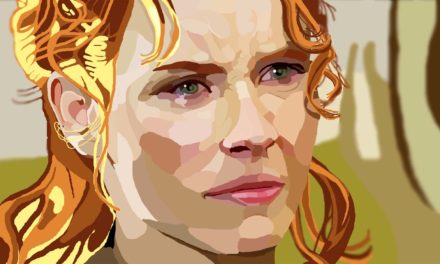 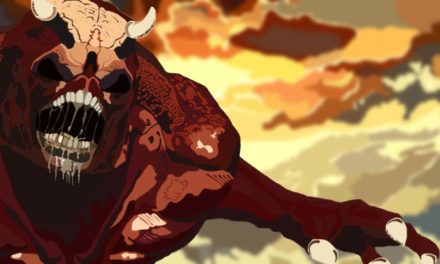 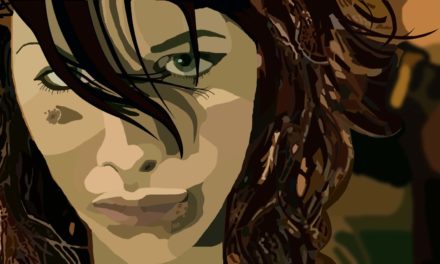